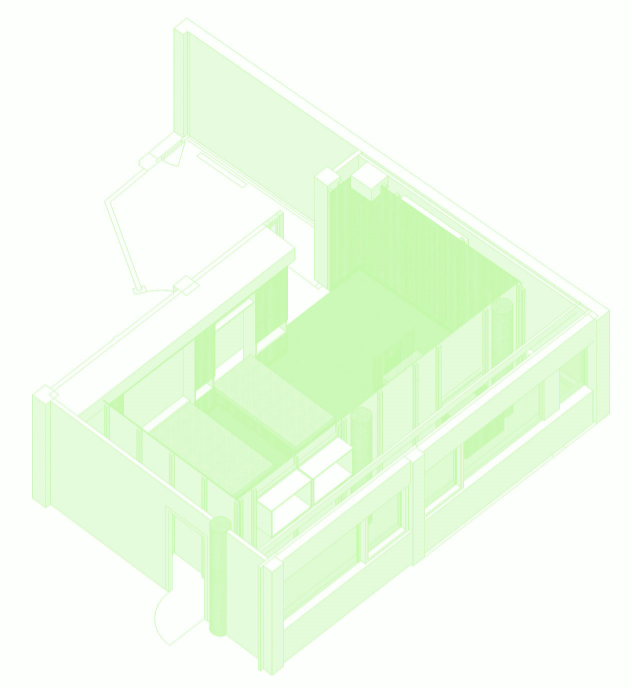 The work of The Distillery Company is situated between the meeting points of architecture and theatre around a recurring theme: memory. With artists from different disciplines, the company imagines, from a place, from a building, a short form or "constructed situation" chosen for the strength of its architecture or its history. Here a group of spectators are invited to discover in the company of the artists, that which is hidden behind the stones.

As in a chemical process that transforms a raw material, drop by drop into a refined product, The Distillery Company aims to draw its theatrical art from life’s everyday reality with a pronounced droplet alluding to questions of architecture and memory.

How do the places we inhabit affect our lives and memories? What layers of experiences, what inner landscapes do we go through in a lifetime? Trained at - La Manufacture of Lausanne - a location where precious stones were once carved, Emilie Blaser has been working since 2011 on the intersection of two disciplines which captured her imagination: theatre and architecture.

The language of theatre and the language of architecture meet with the idea of “constructed situation”, a term borrowed from the artist Tino Sehgal. He defines the form which The Distillery Company performances strive for: plays created and performed in places chosen for the power of their architecture or their history whilst using these spaces unaltered. They become spaces where the audience is invited, in the company of the artists, to decipher an unsuspected composition of stones and existences.

Both the main character and the unique setting of the performance, dictate the form of the show. How many times do we walk in our everyday surroundings with our heads down while paying no attention to the details of its architecture? With a tender spot for these unaltered spaces, incongruous buildings and the magic of stone gardens - in short, everything the photographer Michel Denancé referred to as "small urban agonies" -, The Distillery Company invites the soul of the site into the here and now to bring it back to life. An instantaneous theatre liberated from its traditional settings where everyone's experiences and memories can unfold.

In September 2012, The Distillery Company inaugurated its approach with the creation of I am only passing by (Je ne fais que passer), an initiating journey to life beyond acted at the Crematorium of La Chaux-de-Fonds and inspired by the architecture of this place. After forays into the contemporary repertoire (The Troublemakers (Les Trublions by Marion Aubert, performed in 2013-2014 in the French-speaking part of Switzerland) and the creation of a show conceived as a rock album celebrating the impulses of life and death of characters who escaped from the “The 27 Club” (Do You Hear Us? - Tu nous entends? - presented in 2015-2016 in Lausanne, Neuchâtel and Geneva), Emilie Blaser resumes work on questions of architecture and theatre during her artist residency at the Cité Internationale des Arts in Paris, where in 2016 she developed the Small Urban Agonies (Petites agonies urbaines), a “constructed situation” in two parts: one presented in the premises of the Centre culturel Suisse and the other in the courtyard of 17 Rue des Suisses, a building designed by Herzog & de Meuron. In 2018, two performances were created, one based on a hotel room at the Théâtre Saint-Gervais, the other customised for the building of the Théâtre Am Stram Gram in Geneva. In 2021, the performance Twenty Years of Passage! (Vingt ans de Passage!) is presented for the 20th anniversary of the théâtre du Passage in Neuchâtel. 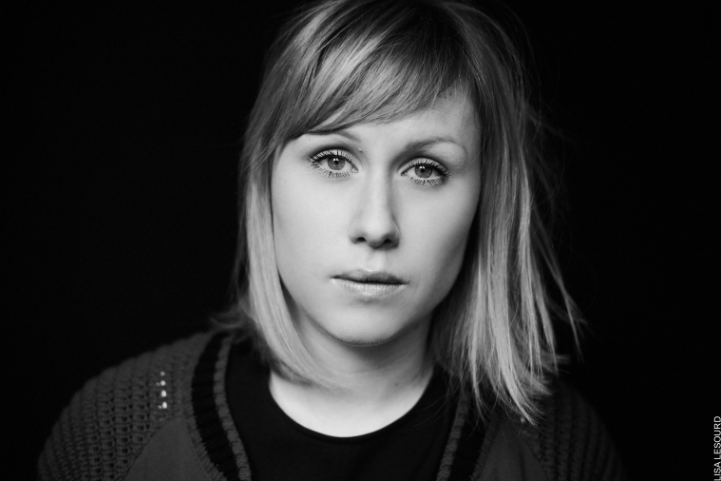 Immediately after leaving school, Emilie Blaser worked under the direction of Mathieu Bertholet at the Festival d'Avignon 2010, then in Switzerland with Nathalie Lannuzel, Nicolas Gerber, Heidi Kipfer, Frédéric Polier, Pierre Lepori, Latifa Djerbi, Nathalie Cuenet and Stefan Kaegi with the collective Rimini Protokoll. In France, she collaborates with Marion Aubert and Marion Guerrero, Alexandra Badea, Cyril Teste and Joël Jouanneau. At the same time, she joined the RTS (Radio Télévision Suisse) where she presented the weather forecast between 2012 and 2016 and since then regularly records voice - overs for various programs (Temps Present), documentaries or advertising films. In 2011, Emilie Blaser founded The Distillery Company in Neuchâtel, exploring the question of the relationship between architecture, theatre and memory. In 2014, with five actors from the Manufacture, she founded the collective On A Misunderstanding (Sur Un Malentendu). Since 2015, Emilie Blaser has also continued her research on places and memory in the form of workshops given each year in different schools in Switzerland and France. (Professional School Les Teintureries Lausanne, Cours Florent Paris).

HOME
I Am Only Passing By

The work of The Distillery Company is situated between the meeting points of architecture and theatre around a recurring theme: memory. With artists from different disciplines, the company imagines, from a place, from a building, a short form or “constructed situation” chosen for the strength of its architecture or its history. Here a group of spectators are invited to discover in the company of the artists, that which is hidden behind the stones.

This website uses cookies to improve your experience while you navigate through the website. Out of these, the cookies that are categorized as necessary are stored on your browser as they are essential for the working of basic functionalities of the website. We also use third-party cookies that help us analyze and understand how you use this website. These cookies will be stored in your browser only with your consent. You also have the option to opt-out of these cookies. But opting out of some of these cookies may affect your browsing experience.
SAVE & ACCEPT